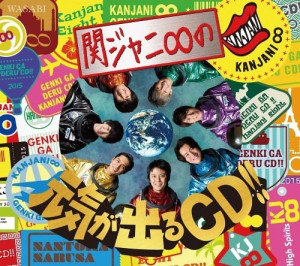 This is a weird name for a CD title, not to mention what the heck is the space outfit? But well…

The song from the album sounds pretty much the same and seriously, too much harmonica going on. Subaru got new found love for this instrument, but, please not in every song. Despites the CD title, Genki ga Deru, this album is not really uplifting. I found FIGHT to be more Genki compared to this one. What I love about this album is that the track order are nicely flowing from one to another.

Whoaaaa.. it's been nearly 2 years since I abandon this blog!
Not planning to regularly write right now, but I'll try.

Some updates:
- I loooooove Rameen Karimloo. He's in Japan right now doing Prince of Broadway. Marvelous guy with marvelous voice.
- I really got pissed with some people. Pissed like PISSED to the point of I could roll my eyes just knowing that the person breathing.
- After some good 5 years on hiatus, I got re-connected and updated with One Piece. The show is as interesting as ever.. <3
- Watched bunch of animes. Haikyuu, Barakamon, Ore monogatari, Free!, Gekkan Shoujo Nozaki kun, Kurobasu, etc etc...

Seems sad to see the updates, but I feel alright. In better state compared to the last post condition.

Happy New Year all!! Pretty much late, but whatever.

Ok, first, I want you to meet these two adorable babies. 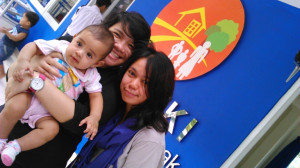 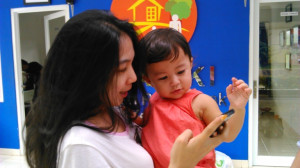 Lida and Farida live in a shelter called Yayasan Peduli Anak Tenaga Kerja Indonesia (YPATKI - Care for Indonesian Migrant Worker’s Children Shelter). Currently, YPTKI takes care of 11 children, the youngest is  two months old and the oldest is three years old. Who are they? They are the children of the migrant workers who were raped or having ilicit relationship with their employers abroad.
( Collapse )

1. Was 2013 a good year for you?
2013 is kinda OK for me. I have my ups and downs. Meeting new people, new environment, new things to learn. Loving people, hating people, ranting about people. Still trying to build up stronger walls for my defense. Ah yea, I have to start to think about the offense side for that matter. Come on 2014!
( Collapse )
2014! BRING IT OOOON!!! Zenryouku zenshin Ja Ja Ja Jan!!!

Went to a hybrid surgery for cardiovascular something something something seminar...
All the speakers were talking in Martians. Me and my coworker (both didn't have medical education whatsoever) were busy lol-ing at the typos and the miss-grammar in the hospital booklet. One speaker was like "so the aorta was bla bla bla bla.. Like you all know...*insert cardiologist joke here* ... ..." the rest of the audience were laughing. Me and co-worker were like.. "Nu-uh, don't you start on inside joke now.. "

I went straight to bed after that and woke up the next day. Total time sleeping: 14 hours! *is proud*

The album contains 15 songs + 3 additional songs for the Regular Edition which are the unit songs and one song composed by Yasu. I can't believe it has been 2 years since FIGHT look how fast time flew. Maybe it's only me, but Eito's albums somehow got its own specific theme. Like Kansha ni Eito, KJ1 & KJ2 was like "We'll do anything, please do notice us. We got everything for everyone!"; Puzzle got this nostalgia theme going on; 8Uppers with its mature & serious sound which fit the movie; FIGHT was lighter, more uplifting. The latest album, JUKEBOX got this 'manly' feeling in it... ... in a way... 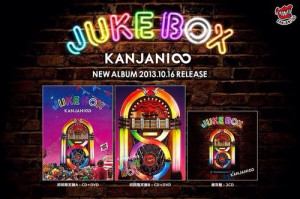 ( Collapse )
Overall:
This is pretty much a nice album. Not as superb as 8Uppers, but definitely better than PUZZLE.

And as my title stated, YASU IS amazingly confusing. He wrote many diverse songs. Like we can definitely tell which artist that he listen to (my guess: Miyavi, lots of GreeeeN, Kyaripamyupamyu while making Crouton). This guy got too many influence it's getting hard to find his true core. I mean I thought he would stick to his acoustic guitar performance like Watashi Kagami, Kimi to Boku, and Airairo (and Sankyoudai's songs). But then he came out with Desire, Crouton, 'Tte!!, Snow White & Your Wurlitzer. And all of them are listenable! Other Johnnys like TOKIO and Kinki Kids who often wrote their own music, got this distinct sound of their own. Ryo stuck with his adoration of Saito Kazuyoshi, Jin definitely with his US's sound. But not Yasu. Yasu is weird.. Yasu is scary.

Hi...
Been quite busy these past weeks. Too tired to do anything.
My probation period at work will end this week. Let's hope that the sachou would think that my work in these past three months are significant enough to let me stay (even though most of my co-workers said that it's a bad choice). So... *crossing fingers*
Dear fandom, forgive me for not being religiously pursue you... T^T

Uhm.. Currently watching Hanzawa Naoki. I have to know why this series got nearly 50% of viewership.
Watched NOu Otoko.. Toma is hjgfdjkwsehldkjlWMKDKEwjfckjwENDXKmwldkwedhkjkdf *drool*

ah.. as a bonus, please see this quite sassy car with eyelashes.. (I bet it fake xD) 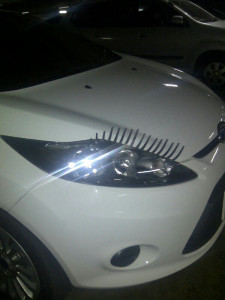 I was about to make some RL rant earlier, but saw this meme.. so, forget about gloomy stuff and go wild.. xDD

peku_suke who got it from

Which Johnny's unit is your favorite?
TOKIO and 関ジャニ∞
Why?
1, they make me happy.
2. They teach me that you don't have to look for perfection in life.
Who is your favorite Johnny?
Of course, Kang Matsuoka "Mamat" Masahiro...
Asked me who I respect the most.. It'll be Kokubun Taichi, Murakami Shingo & Yokoyama Yuu, and Nakai Masahiro. Why? Their ability to  make simple things become interesting is unbelievably exceptional!
What Junior/Junior unit do you hope will debut next...
Veteran.. T^T any kansai boys will do.. T^T my babiessss
Who is your favorite senpai unit? (Before SMAP :3)
Since I don't really familiar with pre-SMAP units, I would say Matchy, well.. he's not exactly in a unit, but I like some of his songs. Ah.. he was in a unit called Tanokin, right? so.. it's legit! XDD
When was your very first contact with a Johnny?
I don't know... With KimTaku around since forever.. I think.. late 90s? but get attached to them circa 2007.
Who was it?
Arashi Arashi for dreaaaaam~~
How did you learn about him/them?
Honey & Clover movie, since I was, am, a big fan of the anime.
( Collapse )

February last year, I've finished my friggin' long years in college. This year, I've made another life changing decision. Moving out from my workplace. :D I can't thank them enough for everything they have done in the last 4.5 years I've been there. That office, no matter how ugly the inside is, is the best place to learn everything about the business. But, just like people said, "Time Wait For No One" I'm getting older and I can't let comfort blinding me from the cruelness of the world. If it's bad, I have to see it with my very own eyes. Just like learning on how to ride a bike, I have to take off the two helping wheels on the back. If I have to fall, let me fall.

So, yesterday was my last day at the office. Wish me good luck!!

I moved in to that office with after Arashi's song We Can Make It, then moved out from it because I don't want to be that person in Eito's Wander. Look how JE has been  turn me into... T^T
Collapse